Courage in our Greatest Fear: Betsy

God is so good to give us His courage in frightening situations. He is good to provide us peace and boldness to face these situations without fear but with power, love, and a sound mind. God meets us with courage, when we lean into Him, fixing our eyes on the only One who can be our courage.

I was a few weeks into the third trimester of my fifth pregnancy when I started having vivid memories of the sensation of crowning. Searing, insane pain.

I had had four unmedicated hospital births, but this was going to be a home birth, something my husband and I had always wanted. My last two babies had both weighed 9.3, and both times their heart rates dropped while I pushed, making me need to hurry up more than I wanted. Maybe that was why I remembered it so painfully, because I had needed to push more quickly than is ideal for big babies.

Regardless of the reason, I knew I needed to get over this fear. Hearing it described as a “burning sensation” didn’t come close, and I knew I wouldn’t be birthing this baby in one push. I was worried that I would be afraid when it was time to push, that my body would shut down, and I wouldn’t be able to do it.

It happened that my midwife had given me a pile of papers about birth, including one that went through the birth process, from pre-labor to after birth, with a Bible verse for each step. I hadn’t read through it yet, so one day I sat down and started to read, hoping it would help me with the one thing I was afraid of.

I got to the “baby is crowning” part and almost cried. The verse she had used was perfect. 2 Timothy 1:7 “for God hath not given us the spirit of fear, but of power, and of love, and of a sound mind.” I was so thankful that God had used this verse, picked years ago by my midwife, to comfort and strengthen me. 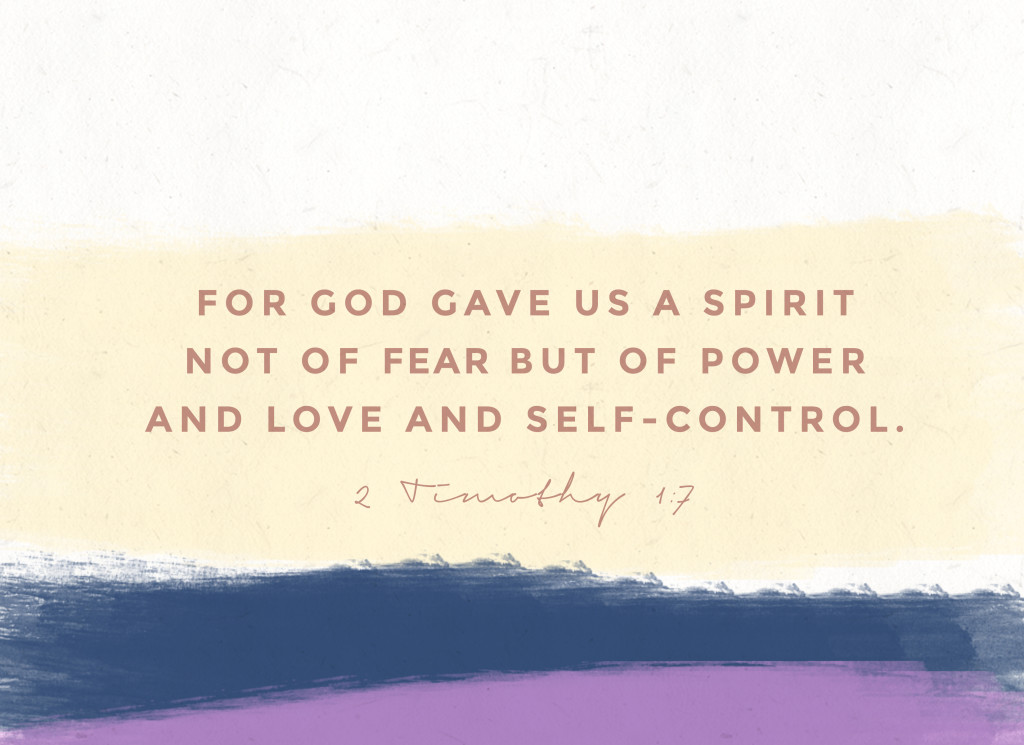 In the next weeks I let that verse roll through my mind so much. Those were the three things I would need in those final minutes before meeting my son: power, love, and a sound mind! Fear had no place at birth!

Once I had that settled, I was ready to have that baby! By 37 weeks I was feeling like it would be very soon. I thought for sure he would come early. I should’ve known better.

On Mother’s Day, I was 39 1/2 weeks. I wanted to be home with a baby, not visiting our moms at their houses! Another week crept by. We’re 7th-day Sabbath keepers, so we had church that Saturday. Being around people after my due date was not something I wanted to do, but I decided to just get through it. My husband leads worship, so we go early. I was chatting a little with the pastor and his wife, joking about the baby never coming, and something very helpful was shared. We realized that this baby was going to be born, no matter what, just like the Messiah is going to return. Neither event should be doubted. Just like every day brings us closer to His return, every day of pregnancy brings the baby closer! Such a comparison! Both situations should be seen as “one day closer” instead of “it’s never going to happen.”

Sunday morning I woke up around 5am with contractions I couldn’t sleep through and a toddler who wanted a morning nursing. So I got her back to sleep, got up, and took a shower. The shower stopped the contractions, but I was awake. And still pregnant. So I wrote a grocery list while I waited for everyone to get up. Once everyone was up and dressed we headed out for groceries, like every Sunday morning. We were planning to try castor oil compresses later in the day.

We had the radio on during the drive. There was a sermon on and the topic was perfect … Abraham and Sarah getting impatient, taking things into their own hands instead of trusting God’s timing. Oh! Was I doing that? It didn’t have good results for Abraham’s family; maybe we should reconsider the castor oil.

We got our groceries, got home, had lunch. Our toddler needed some after-nap nursing (5 minutes!) so I laid down with her for that. Lots of contractions … there was enough going on that I called my midwife to let her know that it might be today, and I would keep her posted.

We decided to go to the bookstore, because we wanted to find the kids each a book for when baby came. That was tiring! By the time we were done we hadn’t found what we wanted, I was tired and definitely in labor, and my husband hadn’t kicked into labor mode yet.Once we were home I called the midwife, called grandma to get the kids, and my husband switched into his labor mode. Time to get busy!

The kids left with grandma around 5, the midwife arrived around 6. She checked me to see what was going on….7 centimeters! After that, I finished getting supper ready, and the three of us sat down and ate together. Yep, that’s me at 7 centimeters. The assistant, who was my doula at two hospital births, arrived around 7 pm. I spent the next 3 hours alternating standing and on my knees, drinking lots of water, making lots of bathroom trips, and doing lots of chatting and stories between contractions.
A student who had been at one of my appointments got there around 10. I was tired. I considered laying down for a while, but we decided on an internal check first….10, with a bulgy bag…..yes, break my water, let’s have a baby!
I pushed on my knees for about 20 minutes, slow and gentle, the birth team behind me, my husband with ice water and a washcloth at my head, an old quilt on the floor. I let his head come nice and slow, one little push at at a time. No fear! Power, love, and a sound mind! Once his head was out, someone lifted one of my knees up, and another push or two got the rest of him out. My tiny big boy! So perfect and kissable!
Once we were settled in bed we got some weighing done … Zebedee Azariah was 21″ long, had a 15″ head, and weighed 10-6! I felt like a superhero! A superhero with sore muscles, but pretty amazing! 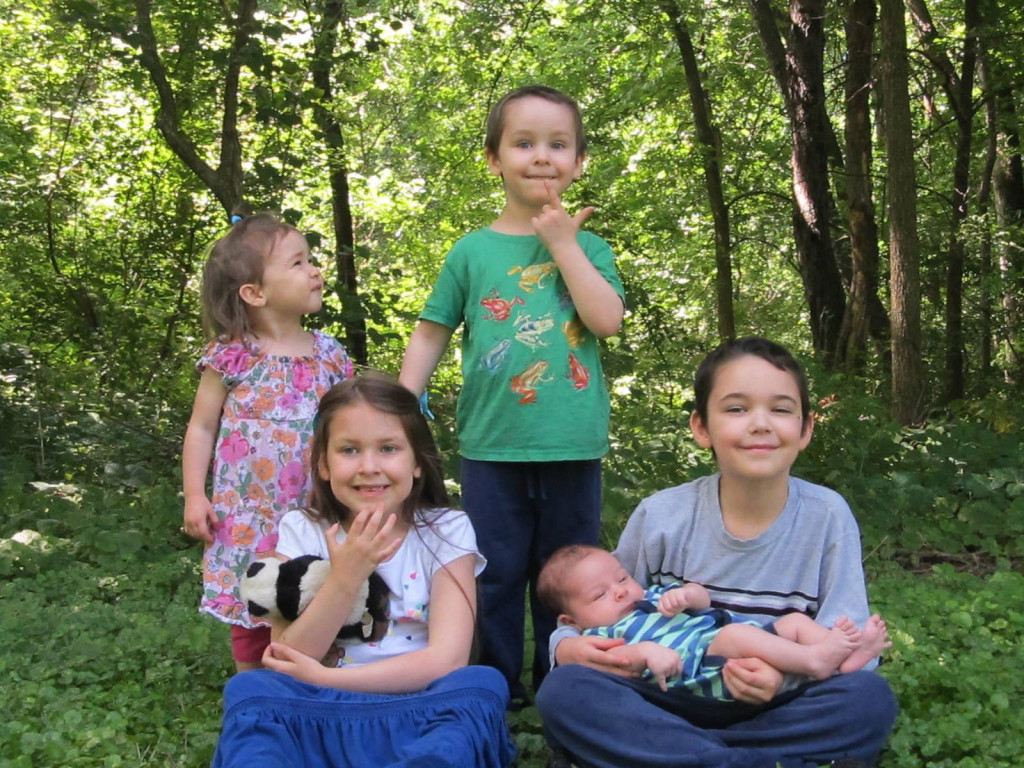