The birth story of Brooklyn Grace

I was expecting labor pains to feel like menstrual pains, so when a back spasm woke me up & it felt like gas, I thought I was having some gastric distress. At about 3am, the progressive pain drove me to the couch with my computer. I grabbed an apple to munch on while I googled “can labor pains feel like you need to poop?” Yep, they can. I opened up a stopwatch in a different window to time the contractions, but I still wasn’t convinced I was in labor. It still felt so little like menstrual pain and so much like gastric distress that I then Googled “early signs of labor,” just to see if I had anything other than tummy pain going on. At 430 I saw signs of mucus plug going on, and shortly after another cramp even more. I started thinking I might actually be in labor. Very early labor.

Jason woke up at 5am for work and I made him breakfast & lunch & packed him up as usual. He asked if I had any signs of labor like he’d been asking every single morning since week 36. I said “I think so,” and described my night. At that time the contractions were about 10-15 minutes apart. He was going to stay home.

“Go to work” I said,
“It’s very early labor,” I said,
“This could last all day or even for the next three days,” I said.

I told him I was probably just going to spend the next several hours on the toilet because the labor pain was triggering stomach cramps that were way worse than the uterine contractions. He very reluctantly left for work, but only because his mom called into work so she could be home with me. I’ll spare you the gory details, but that’s exactly what happened. When I passed my stomach contents and saw the undigested apple I had munched on earlier I was like… Oh praise God. Now that I’m empty I only have to deal with the labor pain. It was 710am when I saw the apple.

Expecting a reprieve for a while, I started some water to boil my snips for the umbilical cord, and asked Linda (mother in law) to prepare the birthing tub while I gathered all my birthing supplies.

My expectations were not met. My contractions started coming so fast and hard that I barely had enough time to dump the boiling water out and put the pot next to the tub. I have the times all recorded because the second Jason got to his job site he was keeping tabs on me thru messenger and I’m looking at our conversation to accurately describe the events as they unfolded.

His last message before Brooklyn was born was right after he got home. I had started pushing. I *might* have been crying and screaming a lot.

With every contraction, I tried kneeling, laying back, and squatting to see what was the most effective for bearing down. Squatting won. It hurt the most, but I felt like I made the most progress with it, and I wanted the pain to stop as fast as possible. Bonus: I could see her as she started crowning. I reached down as I pushed with my next contraction to cradle and stroke her head as she came out, expecting her to stop at the neck, and instead all of her shot right out & into my hand, & I grabbed her leg with my other hand real quick so she wouldn’t slip out. She immediately took a deep breath, let out one small cry, and then she was on my hip and quiet. Jason recorded the time: 924am. I pulled out a little more of her umbilical cord and moved her up to my chest and we just rested. We were belly to chest & the labor and delivery had gone so fast that she was all pink except for her head, feet, and hands, and they turned pink within seconds. After a few minutes I thought Jason would want to know if we had a son or daughter, so I took a look.

Every good gift and every perfect gift is from above. James 1:17

It is important for Surrender Birth to make two comments on this birth testimony: 1. This family educated themselves and chose through both counsel and prayer to have an unassisted birth at home without ever seeing a midwife prior to delivery. At Surrender Birth we want to honor the choices families make without judgement and allow them all the room in the world to follow what they believe the Lord gave them the strength and wisdom to do. 2. No negative comments or negative sharing of this birth testimony will be tolerated.

What a gift and testimony to the Lord’s provision this birth testimony is.  I chatted with mom via facebook messenger prior to publishing this birth story and she was very confident in her choice to allow her body to do what it was designed to do.  She had complete faith and was also willing to accept the outcome had the Lord had other plans. There was never any intervention, ultrasound, or concern.  They completely surrendered her pregnancy and delivery to the Lord.  This in no way means that this is the ONLY way to Surrender.  Surrendering your birth is your very own journey and we all surrender in ways others do not experience or will not be asked to surrender. Little Brooklyn Grace is perfect and precious and we are so glad she is here! 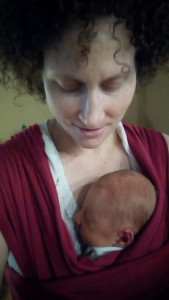 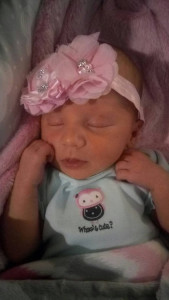 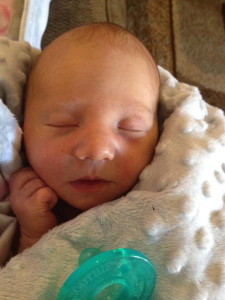 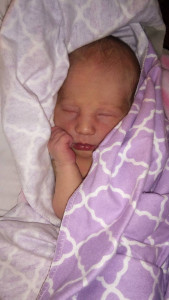 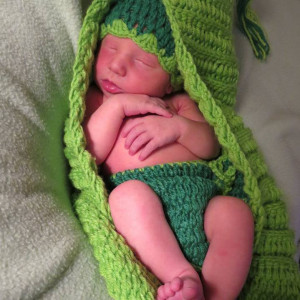