A Testimony of Surrender

My journey to the place of motherhood is a long one with many winding roads. There were many points of surrender along the way: surrender to step motherhood, surrender to marrying into full time Christian ministry, surrender to living in a camper for a year, surrender to live in an area I never wanted to live in, and the biggest surrender of all: surrender to most likely never having a child of my own. My husband, Dusty, had a vasectomy after his youngest child was born, now over 15 years ago. I, too, had issues of my own: endometriosis and a history of ovarian cysts.

Following the birth of my nephew two years ago and a turning of my heart back to fellowship with the Lord after a time of bitterness and separation, I begged God and my husband to allow us to have the vasectomy reversed. We saved and the Lord miraculously provided and we had the vasectomy reversed in November 2015. It was a success and we had return of sperm and excellent motility after a 13+ year vasectomy which is almost unheard of! I was expecting to get pregnant immediately, but my waiting period continued. In August 2016 I had laparoscopic surgery to remove endometriosis once more. On October 3, we were shocked to get a positive pregnancy test! Let the fear and puking begin!

Fast forward to June 15: my due date. I had a beautiful pregnancy with no complications. I had taken twelve weeks of Bradley Method classes. I was ready for this baby. I had an appointment with the midwife that day and because I was GBS positive I knew they would be pushing an induction by the next week if I didn’t go on my own so I requested a membrane sweep. I had random contractions for the next few days and walked miles and miles and miles. Finally at midnight on Father’s Day (June 18) I went into labor. The contractions came fast and furious. They were lasting 90 seconds each and spacing two and a half to five minutes apart. We were admitted to the hospital at 4 cm at 2:30 a.m. on June 19. I labored for 11 hours unmedicated. I got in the tub, sat in the shower, moaned and hummed through contractions, cried, and got angry a few times because the pain was honestly shocking for me. After 11 hours I truly felt like I couldn’t go on so I must be close, right? I asked the midwife to check me and I was only at 5 cm. My spirit was broken. I couldn’t do this for five more centimeters.

I asked for the epidural. Something I never planned to do. Once it kicked in, I was totally relaxed and happy again. My nurse said “Now I get to meet Anna”! We all got some sleep for the next few hours. We labored with the epidural for 22 more hours. Things were very irregular and at some point they put me on pitocin to try and pick things up as we were feeling the crunch (I was GBS positive). I got to 9.5 cm with a lip! Woo hoo! I asked if I could push a few times to try and move the lip. We did four good hard pushes and he didn’t budge. Not even a little. They left the room and came back with the doctor who was coming on shift.

It was now around 8 a.m. on Tuesday June 20. The new doctor sat down with the midwife and doctor who had labored with me for 24 hours and told me that something wasn’t right. The baby was most likely occiput posterior (face up) or larger than we thought. They told me I was getting to the place where they no longer felt comfortable letting me labor much longer because of my GBS positive status and the fact that my water had been broken for close to 24 hours. My husband and I asked the doctor what he would do if I were his daughter or wife and he said he would do a cesarean. He had delivered over 4,000 babies in his career. We were exhausted, hungry, and ready to have our baby safe in our arms.

Porter Wesley was belly-birthed at 8:37 a.m. on June 20, 2017 weighing 9 pounds and 3 ounces. He was the most beautiful human I had ever seen. He was face up and so high in my uterus still that his face was the first thing they saw when they cut me open. He had a cone on his head that was what they thought was his whole head when they were checking me towards the end.

It took me almost 11 weeks to write this. I had a hard time processing my belly birth. I wanted to push him out and feel the post birth high. I wanted him on my bare chest immediately. I wanted delayed cord clamping. I wanted the badge of honor that came with a textbook natural birth. Instead I struggled to bond with my baby in the beginning. We had latching issues from the fluid and postpartum edema. I felt disconnected from my birth. I was angry. I was sad.

I had all these big plans, but God had different plans for us. He taught me humility. He gave me peace in the midst of my biggest fears. Most of all, He gave me a perfect baby. I mean absolutely perfect. I couldn’t have designed a better baby. I can’t imagine my life without him, and I would do it all over again a million times just to get my Porter. 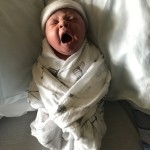 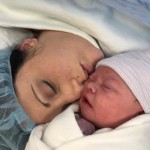 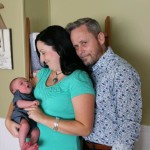 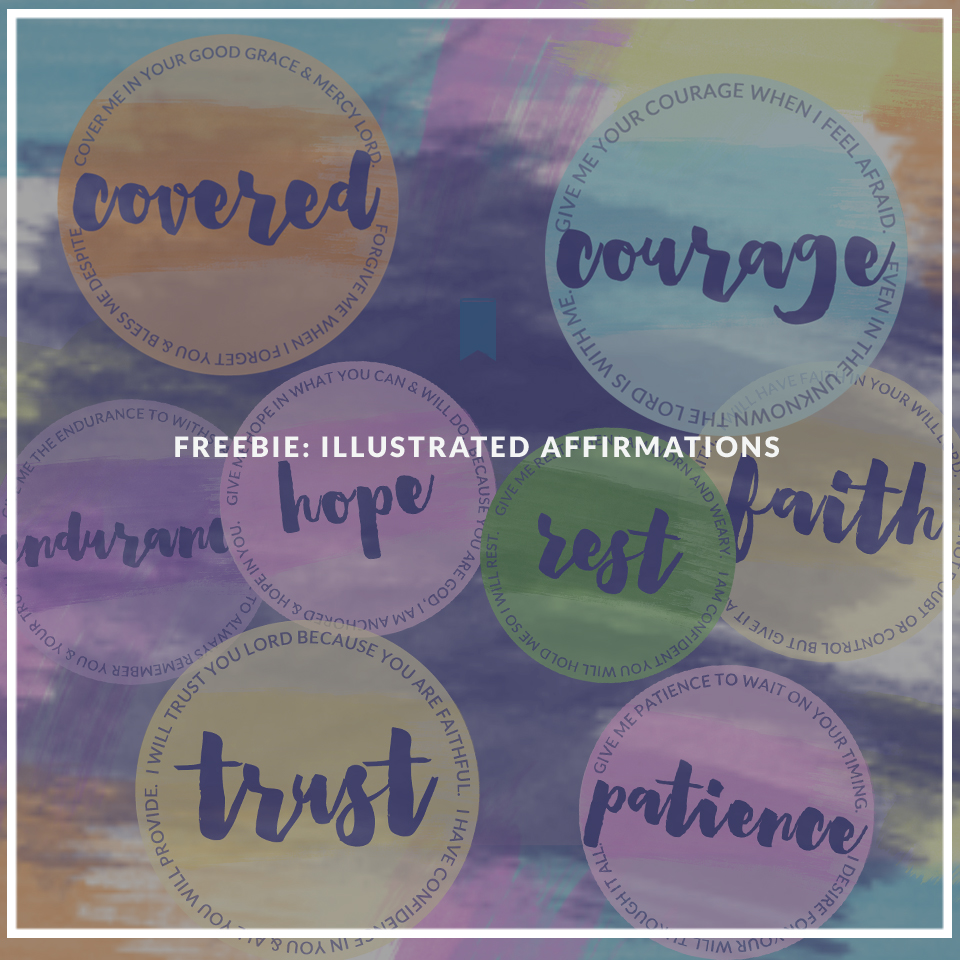